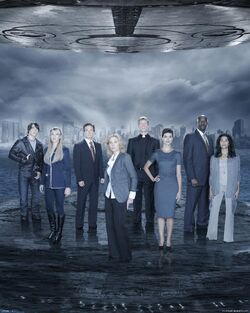 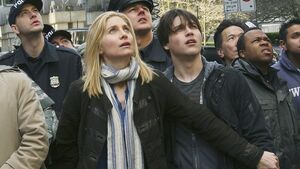 Plot Synopsis: An image of Anna, the leader of the V's, is projected worldwide as she talks about people joining together; the V's are Tyler's ticket to being a part of something big; egotistical newscaster Chad gets an exclusive interview with Anna.

There Is No Normal Anymore[] 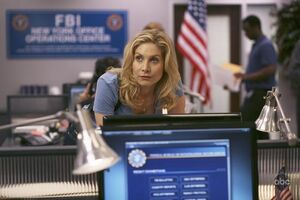 See main article: There Is No Normal Anymore

Plot Synopsis: Erica and Father Jack, having quickly determined they’re both against the arrival of the Visitors, suddenly find themselves being tracked by a "Seeker" from the V’s. Meanwhile Chad, thinking he blew it for 80 million viewers with his exclusive first interview with Anna, looks to pick himself up and so becomes more investigative in his next newscast; and Dale Maddox’s wife and law enforcement begin questioning Erica about his whereabouts. 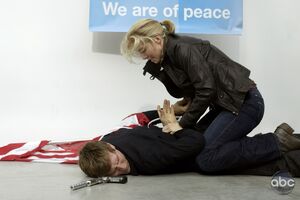 Plot Synopsis: Chad reports from the Peace Ambassador Center as 100 diplomatic visas are being issued to the first wave of American Visitors, with Anna getting the 1st, but not everyone agrees with the decision. Meanwhile Erica has started tracking a death threat while paired with a V officer, as she actually has to protect the V’s, and Ryan starts reaching out to his old friends to build up opposition forces and help fight-off the V’s.

It's Only the Beginning[] 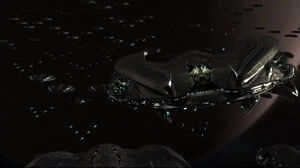 See main article: It's Only the Beginning

Plot Synopsis: Anna wants Lisa to bring Tyler Evans up to the Mothership for an important experiment with Lisa.

Welcome to the War[] 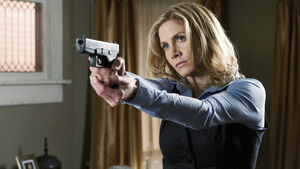 Plot Synopsis: Erica finds her life in danger when she's attacked at home; a dangerous new member is recruited for the Resistance, as the Visitors shore up their defenses; Anna wonders why Chad hasn't followed up on his diagnosed aneurysm; and Ryan's concern grows over Val's "abnormal" pregnancy. 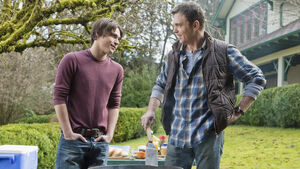 Plot Synopsis: Anna introduces her pilot program to invite select groups of humans to stay on each of the 29 space ships, Ryan must deal with the fact that Valerie’s pregnancy is wildly accelerated, Tyler learns a secret about his mom while Georgiemakes a sacrifice to save Ryan. 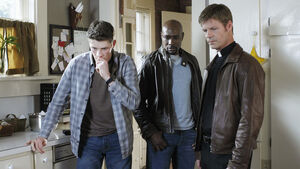 Plot Synopsis: Erica, Ryan and Jack go on a harrowing mission to find the legendary John May in order to rescue Georgie, Anna brings Chad aboard the Mothership for a story on her Live Aboard Program, and Tyler confronts his mom about his mysterious past. Plot Synopsis: Chad and Anna are in Geneva for the U.N. Energy Summit, where Anna is going to present a gift of technology to the world. Meanwhile, Erica learns that the V Task Force is investigating The Fifth Column, and Valerie goes on the run, knowing something is different about her baby and not sure she can trust Ryan. 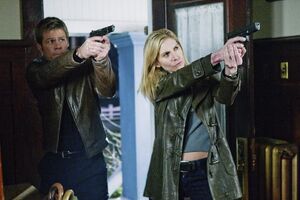 Plot Synopsis: Erica, Father Jack and Kyle Hobbes realize that the V's know names and addresses of The Fifth Column members and must take drastic measures to protect them. Meanwhile, Ryan finally reveals to Val that he’s a Visitor, and Chad, with the camera rolling for “Prime Focus,” begins the process aboard the Mothership’s Medical Bay to have his aneurysm removed. 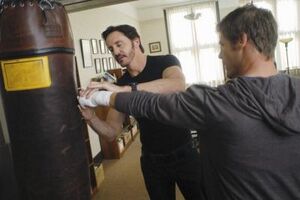 Plot Synopsis: Erica, Ryan, Father Jack and Kyle Hobbes learn Anna's sent a V shuttle filled with a deadly V tracker team to find them, and must figure out how to stop the shuttle from landing. Meanwhile, Anna gives Tyler his invitation to the Live Aboard Program, and Chad confronts Father Jack on what he knows about The Fifth Column. 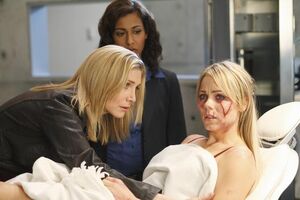 Plot Synopsis: Erica seeks out a scientist (Lawrence Parker) who may have created a weapon that allegedly worries the Visitors (because it can kill reptiles), Anna announces that the Vs may be departing, and gives Chad a list of Fifth Column members to investigate. 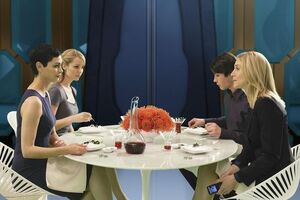 Plot Synopsis: The first season finale. A Visitor soldier pursues Val, and her water breaks, Erica goes on the offensive by securing a dinner invitation for her and Tyler on the mothership (so that she can destroy Anna's eggs), and Chad discovers that Anna has been using him.