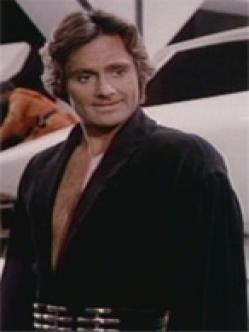 Charles was a high-ranking Visitor who served as TheLeader's special envoy. He is sent to take over military operations from Diana and become the new Supreme Commander. He is a member of the House of Rhoman which is elite lineage that grantes him special authority within the visitor's society. Charles sets in motion the chain of events that lead to the death of Nathan Bates. Romantically attached to Lydia, he drops her in favor of Diana, whom he decides to marry in order to force her to return to the Homeworld.

When Charles decides that he would rather keep Diana around, Lydia attempts to poison her, but ends up killing Charles instead. Desperate, Lydia conspires to frame Marta for the crime. Marta is convicted, and in accordance with Visitor law is sentenced to imprisonment within Charles' casket... alongside his corpse.

Retrieved from "https://v.fandom.com/wiki/Charles?oldid=14714"
Community content is available under CC-BY-SA unless otherwise noted.