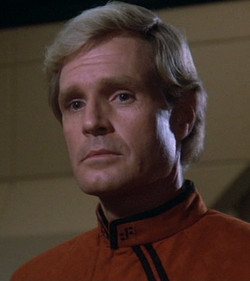 Though Martin was forced to escape from the L.A. Mothership when Donovan (under the truth serum's influence) exposed him, he remained connected to the spreading Fifth Column network. He and the rest of his group helped a Resistance assault team capture the L.A. Mothership and disarm its Doomsday Device while the Red Dust was deployed on Earth's surface. Martin then piloted the Resistance-controlled Mothership back to Earth victorious.

One year after Liberation Day, Martin and Donovan were news partners. In the field, Martin acted as Donovan's sound operator and had to constantly take antidote pills to prevent dying from Red Dust exposure. When Diana was supposedly "assassinated", he and Donovan tracked her to a shack in the woods guarded by Ham Tyler's agents. Martin knocked Donovan out with the camera and, with a hidden laser pistol, overpowered the guards and was poised to kill Diana, but he was knocked off balance by another guard and Diana stole his weapon. Diana forced him to surrender his last antidote pill and the names of every Fifth Column agent remaining in the Fleet before setting the shack on fire and escaping; Martin was critically injured in the fire. With mere minutes to live, Martin told Donovan of Diana's intent to return with the Fleet and asked him one last favour: to kill Diana. Martin died in Donovan's arms.

It was later revealed that virtually no one in the Visitor Fleet knew that Martin was a Fifth Column leader and how he really died. The official story, told by Diana, was that Martin bravely attempted to "rescue" Diana from human security forces and was killed "getting her to freedom". Martin's place as leader of the Fifth Column was taken by his twin brother, Philip.

Retrieved from "https://v.fandom.com/wiki/Martin?oldid=14598"
Community content is available under CC-BY-SA unless otherwise noted.