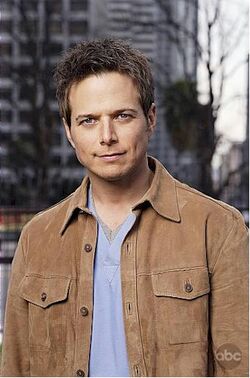 Scott Wolf was born on June 4, 1968 in Boston, Massachusetts. He has 1 child with his wife Kelley Limp named Jackson. He has a degree in finance from George Washington University. He graduated from West Orange High School in West Orange, New Jersey before moving to California. He was engaged to Alyssa Milano and, after their breakup, he lived with Paula Devicq for a year.

Wolf appeared in many shows over the 1990's and 2000's, including Saved by the Bell, Blossom, Time of Your Life, Party of Five (with Matthew Fox), Spin City, Everwood, The Nine, and CSI: NY.